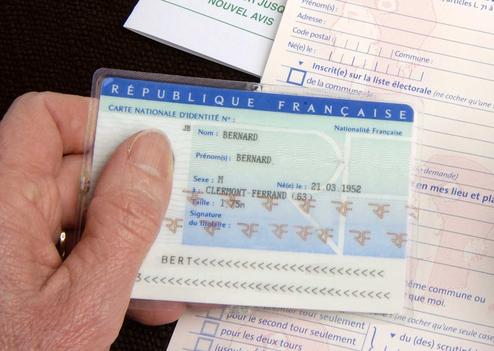 The France government has now made it mandatory for anyone wishing to acquire the French nationality to have at least a level B1 in French. For many people, especially people who live in France for many years, this seems like a big challenge. But rest assured that it can be done.

If you had submitted your application file for citizenship before January 1, 2012, you are not affected by this new law. Assessment of your level of knowledge of French is performed or will be performed during an interview with an official of the prefecture. Check your local prefecture for future details.

What is the minimum level in french to acquire French nationality?

The minimum  level that is required is B1 of the Common European Framework of Reference for Languages (CEFR). At this level, the candidate should be able to take part in a conversation and express themselves orally continuously.

It is not only necessary to have a level B1 in french, but to be familiar with french civilization and culture, commonly called Civilisation Française, in many french language schools and french language textbooks.This is to make sure that the candidate for citizenship has embraced the french culture. You will need to show this mainly in the interview part of your citizenship application process.

How do I prove I have attained level B1 on my application for french nationality?

You can prove your level in french by having a diploma or a certificate issued by an organization to which the label “français langue d’intégration”  was issued. You can also consider one that is approved by the Ministry of Interior, Overseas, local authorities and immigration. The certificate should normally be issued within the last two years by this body to be valid.

Certificates to consider for your diploma as proof of your level in french include DELF/DALF, TCF, TEF, Bulats Francaise, TFI.

In addition, if you attended a french University and completed a program in french, you are exempted from this rule. In addition, if you now hold a French diploma for example at the level of or above the brevet issued in France or abroad, then you are able to use this diploma as proof of your level in french.

Which recognized french test can I use to prove my proficiency in french?

The following four accredited certification bodies offers test that can be used to prove your level in french:

Note: people who because of their age, poor health or chronic disability can not produce a diploma or certificate are subject to a personal interview with an official of the prefecture.

How can I study so I can attain level B1 to apply for the french nationality?

In general you can consider self-study. There are a lot of resources to get you on your way on this website as well as others. If you have never taken a french exam, it is a good idea to check out what level you are at the moment. On this site you can find a self assessment checklist to help you through your studying and for you to decide what you know and don’t know.

All the material on this site can be used to prepare for your french exam. Exams such as the DELF/DALF, TCF, TEF, Bulats Francaise, TFI have very similar requirements and all follows the CEFR.  There are a lot of mock exam for Niveau B1 on this site that help you practice for your french language citizenship test.

In addition, if you are in France you can consider attending language schools that are sponsored by the government. As a result there is little (cheap) or no cost (free) to you. These include associations such as :

They usually offer “Cours de français pour étrangers” or “Cours de français langue étrangère” (In english it translate to “french course for foreigners”) which are usually paid for by the government in France. If you already have some training in french then you can consider “Préparation du DELF Remise à niveau et alphabétisation“.This course is also offered by the association above.

Furthermore, if you are signed up at Pole Emploi ( french government employment agency) you should ask your counselor about french language training programs for foreigners or other training programs.  If you are not signed up and you are now unemployed in France then it is recommended that you do so immediately.

Other means for cheap or reduced prices for your french classes include your local town hall “Maire”. Many normally usually give french classes for foreigners at reduced rates or for free. If you live in Paris consider checking “la Mairie de Paris”.

You can also consider doing a DELF/DALF preparation course online. It is offered by the french organisation CNED and is recognized by the french government. Online courses are usually cheaper than face to face classes.