If you are taking the DELF, TCF, TCF etc chances are you are already in France or interested in France. These exams are also quite different from other exams such as your typical GSEC, CXC or A’Levels french exam. While they require the same fundamental such as French grammar and vocabulary, the orientation is a little different.

For your French exam such as the DELF, TCF, TEF etc, the focus is really on everything French. Not just the language but also all aspects of French culture.

The Common European Framework of Reference (CEFR) for Languages, states that knowing about the society and culture in a region or country which speak a particular language (In this case French in France) is essential to communication. As a result, this kind of knowledge is important enough to deserve special attention in language teaching.

Furthermore my experience has proven this to be true. The first time I did a French mock exam for DELF A1 a few years ago, I thought I was ready. I understood the grammar and the vocabulary was pretty good, but somehow I was missing the culture!

What do I mean? Well, in a question in the comprehension Ecrite section, they asked which French agencies I would need to contact if I am moving from my apartment and moving to a new address. As a result, I would need to inform these agencies of my change of address. Well common sense would indicate that I call the postal company, the electricity company etc. However, in the answer section they actually had the abbreviation of the name of the actual company…GDF, EDF, SNCF etc! I was left scrambling for answers and guessing in a situation where the questions would have been so simple if I only knew some French culture. 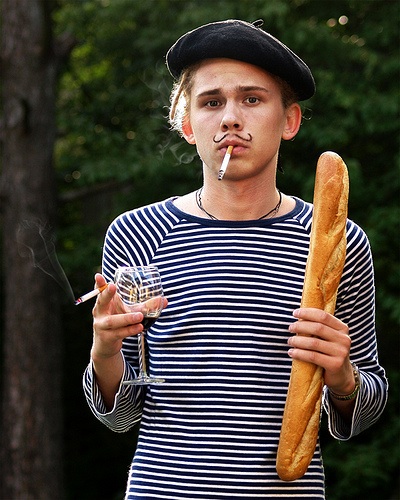 While at the lower levels such as the DILF A1.1 and DELF A1-A2, it is not so obvious, at the higher intermediate levels, such as B1 and above, it becomes more and more obvious. All the questions on your exam will be oriented towards French culture such as its history, its geography, its art, its literature, its cuisine, its traditions, its festivals etc.

All French textbooks, such as Alter Ego, Taxi!, have sections targeted at educating the students on  French culture. Many language schools in France, such as Sorbonne (The Cours de Civilisation Française de la Sorbonne), offer courses dedicated to french civilization and culture.

This is because anyone taking these French exams, may it be potential students in French university, expatriates etc, is expected to know something about French culture.If you are currently applying for your French Nationality , it is not only necessary to have a level B1 but to be familiar with french civilization and culture (Civilisation Française).

As a result, pay close attention to these sections when you see them in your main textbook.

If you have decided to go the self-study way or using this site as a reference companion to your French classes, worry not. To help you on your way this website will be putting in place a series of post introducing you to Civilisation Française, and exercises to help you practice what you have learnt.